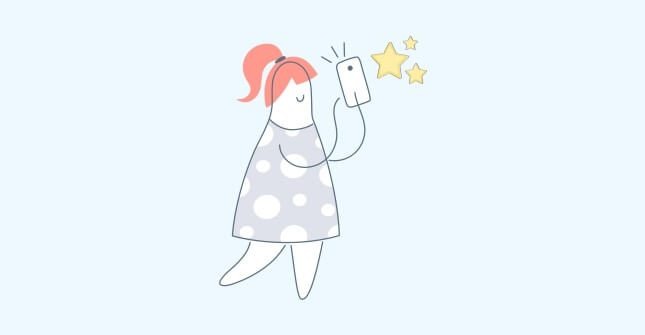 We all know that user feedback is important, that goes without saying. It should be the primary source of information you look to if you’d like to improve your user’s experience and your product itself.

But in practice, there are so many ways to collect user feedback. With complex, multi-channel experiences comes a large number of places where it might make sense to ask for user feedback.

So what’s the best way to collect user feedback? We recommend in-app and on-site feedback collection. User feedback programs are more effective when they take place where your users actually are, so we recommend leveraging feedback in your app.

The more user feedback you have, the more nuanced and accurate it is. If you have an app with 5,000 users, you wouldn’t want to make decisions based off of the feedback of 10 of those users. This is why response rates are so key.

While collecting feedback from all users is important, asking a user for feedback on a particular feature or experience while they’re actively using your app will not only increase your response rate but you’ll receive more accurate feedback because your users are highly engaged. This fresh perspective can be particularly helpful!

Alternatively, if you ask a user for feedback when they haven’t used your app for a couple of weeks in a generic email survey, you will likely receive a low engagement rate and the feedback will not be as quality as that of in-app feedback.

It’s no real surprise that in-app feedback is more accurate. Human memory is imperfect, so it’s best not to rely on recall. Of course, users may not remember how something happened in terms of the procedure or exact details, but they will likely remember how we felt about something.

While you are probably interested in a user’s general impression of your product or service, it’s not necessarily helpful without context or specific features to point to. Ask for feedback in-app for the most actionable (and accurate) form of insights.

Related Read: A one-stop resource on how to increase Mobile app conversion rate

Another benefit of gathering feedback in-app is that you can leverage user feedback as dynamic triggers. For example, if a user indicates that they really appreciate the dark mode feature, you can send a prompt asking if they’d like to turn that feature on.

A practical benefit of collecting feedback in-app is that users will gladly tell you about any issues they may be having. Whether it’s that a new design is just not as useful as the old one or that a certain feature isn’t working properly, you’ll want this information sooner rather than later. In-app feedback collection is ideal for this.

Not sure where to start? A little inspiration can go a long way. We’re walking you through 6 examples of innovative companies collecting user feedback in-app or on-site that really pack a punch.

The company: Slack is a messaging app that has become popular with companies of all shapes and sizes because of its intuitive interface and productivity-boosting integrations.

The tactic: Slack is so focused on user feedback, they’ve actually built an option for users to send them a message with feedback directly within their platform. The command “/feedback” allows users to immediately submit feedback to the Slack team, giving the user the feeling that they have direct access to the provider.

The beauty of this type of feedback is that it’s incredibly intuitive. Slack is a messaging platform, and delivering feedback to Slack works just like using any other integration or sending a message within the app does. Moreover, users can deliver feedback about the app wherever they are in the app, they don’t even have to move to a different channel or chat window or wait for an email survey.

What we can learn from them: Slack is a master of in-app feedback. Their process makes delivering feedback as accessible as possible and your response rates will go up as well as the quality of your insights.

The tactic: We’ve talked about Netflix before on the Qualaroo blog, and that’s because their strategy may be less obvious than others on the list, but it’s arguably the most powerful. The content streaming giant is constantly gathering data about its users and implicit feedback on how they feel about what they’re watching.

This information is then applied in Netflix’s algorithm, allowing the software to make real-time adjustments to viewer recommendations. Not to mention, the data provides invaluable research material to Netflix’s production team when deciding which projects to pursue.

Even beyond what titles are presented to which users, Netflx uses their algorithm and user data to determine things like what order titles appear in and the wording used to describe rows/categories of recommendations.

Netflix knows that keeping users engaged is key to their long-term success and based on their continued growth, their strategy certainly seems to be working.

What we can learn from them: Not all user feedback is explicit. In fact, if you can get answers while avoiding asking your users a question directly, you absolutely should. We recommend gathering as much implicit user feedback, or user data, as possible.

Check out our blog post about gathering implicit user feedback for some ideas.

The company: If you’re not familiar with Canva, it’s a web app made for designing and downloading graphics quickly. As a tool, it’s intuitive and can practically make users look like professional designers in minutes.

The tactic: As a design tool, it’s important that Canva features work quickly and effectively. Canva knows that many users depend on their ability to create polished graphics very quickly, and accordingly, gives users the chance to provide in-app feedback as necessary.

The Canva feedback prompt is unobtrusive but also constantly present, so issues can be reported as soon as they come up. By placing the prompt in the bottom right corner, users can focus on their work but also don’t have to go far when seeking to deliver feedback.

In their “provide feedback” prompt, Canva encourages users to provide screenshots and be as detailed as possible. Assuming that users actually follow this advice, Canva is saving their UX and support teams time by getting as much upfront information as possible. At the same time, Canva users should also have a smoother experience because it’s more likely their issue can be resolved quickly with more information upfront.

What we can learn from them: Help your users help you! Canva is saving both parties time and effort by not only making the opportunity to give feedback accessible but also asking users for all relevant information upfront.

The tool: Grammarly is a Google Chrome Extension that makes suggestions for your writing based on spelling and grammar rules.

The tactic: Recently, Grammarly has been beta testing a new offering, the Grammarly Tone Detector. This tool uses AI to detect the tone of messages you’re working on and let you know how those words are likely to be received.

Grammarly’s Tone Detector letting me know that my email has a neutral tone.

This feature will be very useful for preventing miscommunication, heated comments, or even hate speech.

Because Grammarly works based on AI and this is a completely new offering, user feedback is crucial at this stage. So the Grammarly team asked a simple question to get feedback on the accuracy of the tone detector, “Did we get it right?” To respond, users can simply click a thumbs up or thumbs down icon.

What we love about this strategy, is that it’s so simple, sometimes you just need to know whether or not something is even working. By implementing the offering in such an organic way and making delivering feedback so easy, Grammarly is painlessly validating their new offering as well as collecting feedback to improve it.

What we can learn from them: Asking for feedback doesn’t have to be complex. In fact, the more simple your questions and method of collection are, the more likely you are to receive helpful feedback.

The company: Lyft is a rideshare giant that has become a popular transportation (and verb) choice across the U.S. and Canada.

The tactic: Lyft is another great example of in-app feedback collection. After every ride, users are prompted to not only rate their driver but also tip them. The great thing about this timing is that it happens almost instantly after a Lyft ride, when users are still relatively engaged with their ride but also when, practically speaking, they are most likely to tip.

What we can learn from them: Timing is everything. Wrapping feedback into a practical task that users want or need to complete (like tipping after a Lyft ride) is a great way to increase your response rate.

The company: Horoscope lovers everywhere have really popularized the app Co-Star Astrology over the last year or two. The app provides in-depth horoscope readings about the user and their friends, who they can add on the app.

Once you actually deliver feedback, you’re prompted to offer more insight (see below). This tactic is smart because users who are not interested in giving feedback aren’t distracted by this message. In fact, it’s only delivered to users who are already engaged in the feedback process.

Bonus points to the team at CoStar for capitalizing on their engagement by sending a subtle prompt when users screenshot while in-app to post their thoughts on social and tag CoStar.

What we can learn from them: Draw users in with the option to provide painless, concise feedback, and when they take you up on it, ask for more information.

Gathering user feedback is essential to improving your product or user experience, so you might as well optimize your strategy! We recommend in-app feedback whenever possible for greater ROI on your efforts. These companies have perfected the art of maximizing and we hope you’re inspired by their tactics!

Request a DemoView Plans
Previous The Benefits of Running your Net Promoter Score Program Onsite vs. Email
Next A Beginner’s Guide to Guerrilla User Research 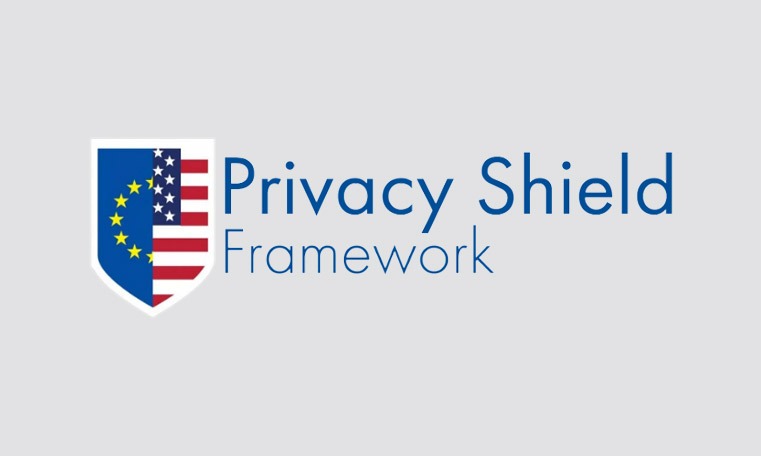 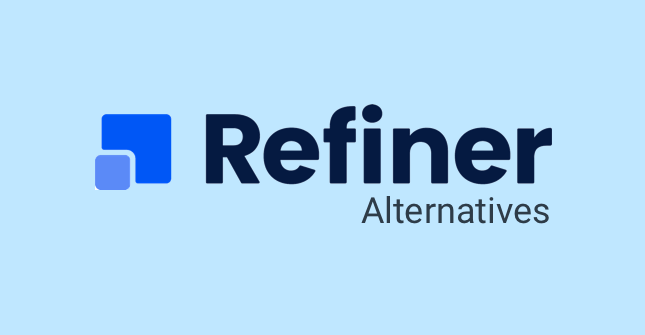 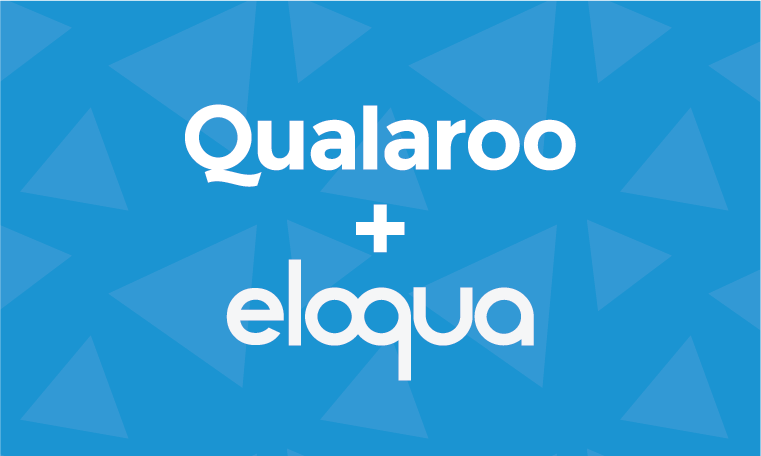