CB Insights recently conducted post-mortems of 101 failed startups and found that 42% failed because they failed to solve a real, pressing need for a big enough market. That’s the minimum for any chance of success.

Too many entrepreneurs respond to that reality by agonizing over what their hypothetical customers might want, and trying to build it all by themselves. Most of them are problem-solvers by nature, which makes them great builders. But ironically, that self-reliance can tank their customer development efforts. That’s why so many of them waste tons of time on products no one ends up wanting.

But here’s the good news. You can mitigate that risk by talking to your customers. Startup gurus like Sean Ellis will be the first to tell you that customer feedback is the key to reaching product-market fit, and it plays out in practice too. Here are three examples of wildly successful companies that have received game-changing insights from customer feedback. 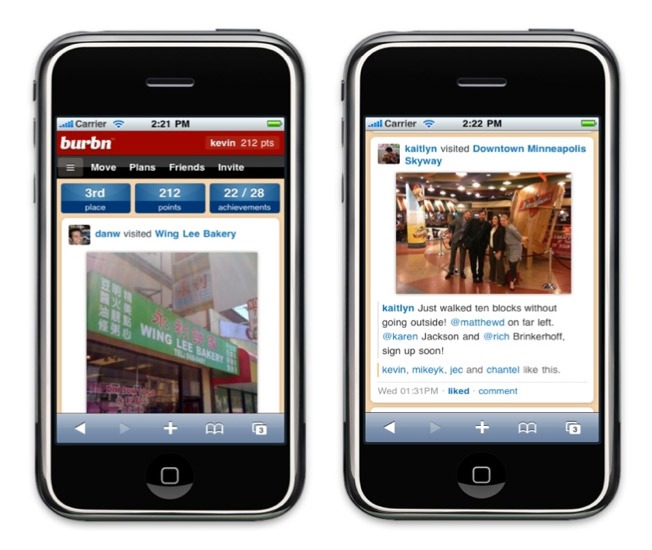 Since launching in 2010, Instagram has reached 300 million active users and been acquired for $1 billion. But it never would’ve happened without feedback from early users.

Instagram started out as a totally different app called Burbn. Users could check in at different locations, make plans with friends, and of course, upload photos of what they were doing. But after over a year’s work, Burbn wasn’t getting much traction.

Founder Kevin Systrom credits his users for steering him in the right direction. He says:

“…for us, getting it in front of users was the most eye opening experience. I remember putting Burbn in front of people we didn’t know and they were just like ‘What is this thing, what are you doing?’”

Burbn had too many features crammed in and confused its users. By analyzing users’ activity within the app—as he calls it, “feedback based on behavior”—Systrom found that the one feature his customers did use was photo-sharing. He scrapped the other features, built everything around that, and the rest is history.

Customer feedback enabled Systrom to identify the one part of his app that was valuable to users and throw all his energy into making that feature as good as possible. He doubled down on what he was doing right and got rid of everything else.

If you’re trying to get traction with an app, you can get similar insights from your early customers. Use an analytics tool like Amplitude to monitor what your active users are doing. You can assign active users to different behavioral cohorts based on the features they use and the other actions they take. That gives you a general classification system of the possible behaviors you can steer customers toward to make them successful.

You can then target those most prolific users with a two-part survey. Ask them what feature they find the most valuable, and let them explain why in their own words. Their answers bring nuance into your broad understanding of behavioral cohorts. You can step into your customers’ shoes, understand what the product needs to do from their perspective, and build that into the next version.

2. How Intercom Discovered Its Real Value

The customer communication experts at Intercom learned this firsthand.

Intercom thought its map feature was straightforward when it first rolled out. Show users where their new customers are coming from so that they can track geographic acquisition trends. Simple, right?

But that’s not how Intercom’s customers used the map at all. Instead, they saw that customers were mostly taking screen shots of the map, which they would then tweet or put into presentations.

Intercom’s co-founder Des Traynor didn’t know what to make of it. But he knew there was an easy way to figure it out:

“…We realized that because we were able to talk only to people using the map feature and see what they were using it for, we could get really focused feedback on what was actually valuable about the feature.”

When Intercom asked them, customers said they used the map feature to show prospects and investors the global impact of their products. The map feature didn’t need to give them exact geographic data to do that. It needed to look beautiful and be easily sharable. Moving forward, Intercom knew that if they nailed those two qualities, more people would use the feature. 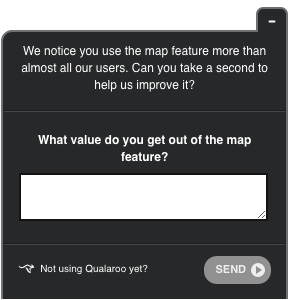 You could have a feature that’s a huge hit, but if you don’t know why customers are using it, the success will be impossible to sustain. You might destroy what makes the feature valuable when you build the next version.

In that scenario, you need to target the most active users of the feature in question with a survey asking them what value they get out of it. Let these users know you’re asking them specifically because you know they’re using it a lot, and want to make sure it stays valuable for them. That way, there’s a concrete reason for them to fill out the survey.

3. How Starbucks Keeps Getting Better 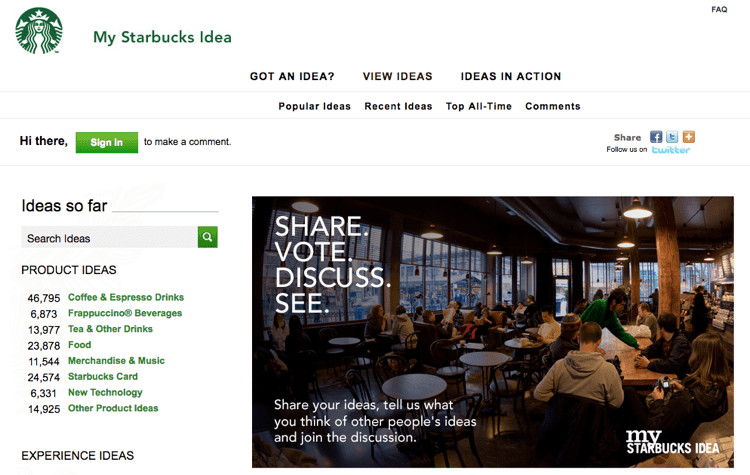 With over 23,000 locations and $16 billion in revenue, you might think Starbucks has nothing left to learn from its customers. But founder Howard Schultz knows anyone can always “get a cup of coffee across the street for cheaper.” The company needs to stay engaged with customers and provide an experience that’s worth coming back for.

That’s one of the reasons Starbucks created My Starbucks Idea, a site where customers can submit their ideas for the company to improve. By combing through that feedback and finding patterns in the requests, Starbucks can consistently implement high-impact changes. For example, Starbucks found that many customers wanted lower-calorie options, so they rolled out the Vanilla Sweet Cream Cold Brew, which only has 110 calories.

On its own, changes like that aren’t going to change the game for Starbucks. But when your company has picked up steam and grown, it’s not about getting that one, product-defining insight. It’s about using ongoing customer feedback to consistently make small but powerful improvements. They add up, ensure that customer experience is always getting better, and show customers your company is staying committed to them no matter how big it gets.

Net Promoter Score (NPS) is the best survey to collect ongoing feedback and prioritize the changes that will boost the customer experience. That’s why we call it the voice of the customer.

NPS’ first question gets right to the heart of whether your product adds value for your customers. The second, open-ended question is where they tell you how to get that number up. You can even use branching and skip logic modify that follow-up question and hit respondents with different variations of it depending on what score they give you in response to the first question.

Deploy NPS to big samples of customers and see what the most frequent complaints are. More importantly, make sure you segment those complaints by score so you can figure out what complaints are truly detracting from customer experience, and make the right changes.

It doesn’t matter if you’re a startup that was just founded yesterday or a multinational corporation. You live and die by your customers. Their desires are always changing, but you need to make them happy to succeed.

Given that, why deny yourself the ability to talk to them directly? Figure out the right questions, take the time to gather their feedback, and they’ll tell you exactly what you need to do. They’re right there waiting to help you. All you need to do is ask.