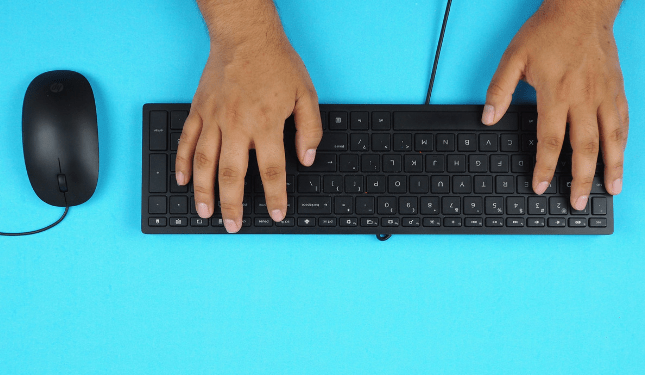 While new technologies like chatbots are trendy, most of our lead generation activities center around a relatively old piece of technology: the web form.

Forms may seem old school in many ways, but new data collection methods as well as the increasing ability to store and utilize that data allows us to optimize forms and increase the ROI of any lead generation campaign.

This post will cover the current state of lead generation forms, methods by which you can increase your form conversion rates, and a growth process to keep your forms high performing across time and technological innovation.

The State of Lead Generation Forms

At HubSpot, we recently conducted some research on lead capture and website lead generation. Generally speaking, lead generation looks similar now to how it has for the past few years. Namely:

Of course, there were emerging trends, such as many marketers beginning to favor chatbots, live chat, and automation, as well as marketers starting to pick up methods of data enrichment (e.g. Clearbit) and predictive lead scoring to optimize sales efficiency and cost per lead.

But for the purposes of this article, let’s focus on a few key facts.

Next, we asked respondents whether or not they used the following data-driven methods to optimize their forms:

You’d think that most marketers in 2019 would be getting the data basics down right, but many marketers still aren’t doing any of those things, at least when it comes to their forms. For instance, 36% of respondents said they run zero user tests on their forms.

A quarter of marketers said they aren’t using form analytics, and about 45% of marketers don’t do any A/B testing on their forms:

Sometimes, companies won’t have the traffic sufficient to run A/B test on their forms, but everyone should be able to use form analytics and user tests to make sure there aren’t any major bugs or UX bottlenecks.

We also found, unsurprisingly, that those who use form analytics, user tests, and A/B tests all report better results.

Those who use form analytics report 15% higher satisfaction with their lead generation efforts and 19% higher conversion rates.

Finally, we found that people who run user tests are also more satisfied with their lead generation programs than those who don’t and that the satisfaction rating increases as the number of user tests rises.

We can sum things up by saying: most marketers still use forms, most customers are totally happy using forms, and data-driven optimization techniques are more successful than lack of data-driven techniques.

So let’s learn how to use data to improve our web forms, shall we?

In general, we have three great quantitative methods of improving our web forms:

To start, we want micro-level and specific data on our web forms. This means granular insights such as form field drop off, especially by segment, and other behavioral factors such as:

And of course, you want to get a good idea of your overall form conversion rate.

In this area, while you can set this up using event tracking and a tool like Google Analytics, I vastly prefer a specialized form analytics tool. It’s just so much easier to set up and get proper reporting. Why reinvent the wheel?

Next, you want some sort of product or customer level data you can use to tie things together.

Simply collecting form field and submission data doesn’t tell you the quality of the leads you’re getting, so here’s where something like Google Analytics comes in handy. Additionally, you could use a specific product analytics tool like Amplitude or a customer journey analytics solution like Woopra to get a really good view of how someone navigated the entire process from visitor to lead to customer and beyond.

With these two sets of tools, you can understand how your forms are performing on a granular level, and you can understand the higher level facts – such as which lead offers are bringing in more valuable leads and customers, and the correlation between form fields and lead quality.

Once you have that information, you can run smart experiments to improve your forms’ performance. The gold standard, the A/B test, still hasn’t been usurped by any emerging technology.

In fact, the A/B test is a rather old piece of technology, dating back to 1747, when the survey was a major problem.

A British Royal Navy ship surgeon, Mr. James Lind, gave specific crew members different solutions, then tested the results of those variations over time, coming to the conclusion that citrus fruits were the cure to scurvy.

We’ve come a long way since then, and now we’re able to easily set up A/B tests using tools like Google Optimize or Optimizely in only a few minutes (for super simple tests, of course).

We now have the computational power to do advanced statistics in seconds. Even the previously computationally challenging Bayesian stuff is within our grasps now.

All that is to say: if you have sufficient traffic, there’s no real reason not to be running experiments.

There are more and more ways to collect trustworthy quantitative data that can help you improve your form conversion rates, but some of the best, most useful data is qualitative in nature.

For example, let’s say you’ve discovered one of your lead generation campaigns is underperforming. You know there is a high drop-off on the “company name” form field, but it’s something you need to collect for your sales data. In addition, other campaigns use the same form field.

So what the heck is happening with this campaign in particular?

Here’s where a good user testing session or a folder of session replays can do wonders.

Instead of getting aggregate quantitative data, you can watch real user interact with your website and web form and see what is tripping them up.

In the case of user testing, you can recruit test users and give them tasks to accomplish on your blogs.

Generally speaking, it’s nice to recruit between 5-7 participants, and you’ll usually want to give them one specific goal-oriented task (e.g. in ecommerce you could say “buy a pair of size 33-32 straight cut blue jeans for men”) and one more general task (e.g. you could say “find a pair of shoes you like and buy them.”)

Then, simply watch the users interact with your interface and take notes. Where do they trip up? Which areas seem to breed frustration? Which tasks take abnormally long to complete?

Another complementary method for collecting user interaction data is session replay videos. Instead of recruiting a small number of known users, you can watch anonymized videos of real users interacting with your website.

This can be powerful because it’s a) passive and b) the users don’t know they’re being watched.

This allows you to get really honest data, as opposed to in surveys or user tests, where the user knows you’re trying to learn something and will sometimes alter their behavior to give you a better answer (i.e. experimenter bias).

That’s not to say surveys aren’t valuable. In fact, on-site polls have given me some of my best A/B test ideas.

Instead of wondering what the user experience issue is, you can simply ask. You should always craft your questions specifically to find answers to what you care to learn about, and therefore it’s difficult to say “this question is best.”

But, depending on your circumstance, there are tons of good questions to uncover usability or user experience issues on a page:

It’s important to note that the reporting capabilities of polling and survey software like Qualaroo has gotten so advanced that it’s quite comparable to quantitative data in terms of usefulness and the ability to discover problem areas as well as ideate solutions.

Because of the first accepted action on the part of the visitors (i.e. answer your question), they are more likely to complete the lead capture portion of the form. This is due to the “foot in the door” persuasion theory.

The thing about optimization is that it never ends. If only your audience were static and the market never changed, you could rest on your laurels and let the leads flow in. Alas, that’s not the way the world works.

We’re in a constant state of flux, and thus, any experience you deliver to your audience is defined by some level of perishability. In other words, the experience that is optimal now won’t be optimal forever, and it’s a question of when you need to try something new.

Your best bet in the long run is to do three things:

We’ve already discussed analytics, and to a large extent, CRO. If you simply run with Google Analytics, a form analytics tool, and a feedback solution like Qualaroo, you’ll be ahead of most. If you add on a CRO process that includes regular experimentation, you’ll be an elite lead generation machine.

Beyond that, though, there are constantly new ways to get smarter about lead generation.

There are the obvious developments, such as live chat and chatbots getting much easier to do well. Customer, in addition, are getting more used to interacting with brands this way. That’s an easy experiment to run.

There are other cool possibilities now, such as enriching your contact properties using something like Clearbit. In this way, you can split the difference between your sales team’s desire to have all the information, and your marketing team’s desire to remove form fields to get a higher conversion rate.

Progressive profiling is another method by which you can reduce form fields and gradually collect more information over several visits.

Additionally, the way we qualify leads is getting more sophisticated. No longer is it a simply regression based on company size and maybe job title. We can now tie in website behavioral data with demographic, psychographic, and firmographic data to predict which website visitors and leads will be most valuable to the business.

It’s an exciting world out there nowadays for marketers.

Many marketers put up a lead generation form and call it a day. They may lament their low conversion rate, but without proper form analytics and an experimentation process, there’s not much action to take.

The good news is that it’s not very difficult to get started using data to lift your form conversion rates. Simply start with the basics:

This should be the operating system by which any business team operates, and it’s no different for marketers, whether you’re trying to grow a blog, build a demand funnel for a SaaS product, or grow an ecommerce business.

You can make data-driven decisions to boost form conversion rates, lead quality, and even sales efficiency given the proper tools and processes.

This post was written and contributed by Alex Birkett of HubSpot. 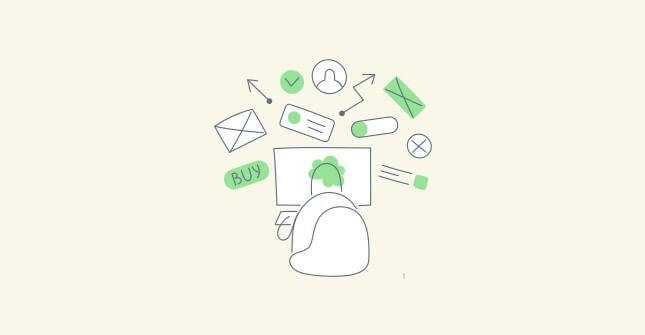 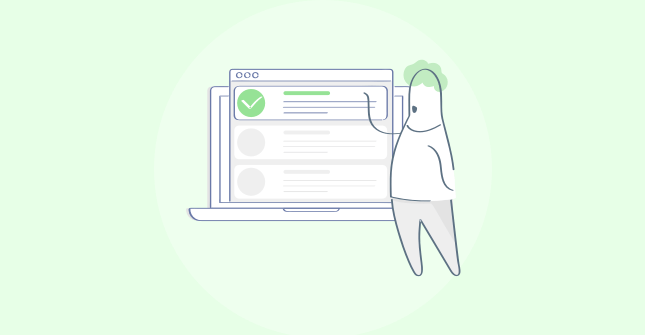 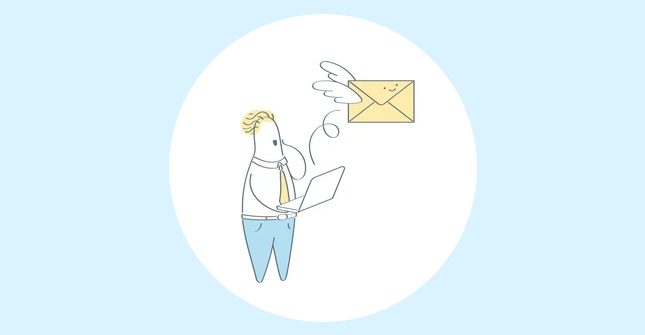 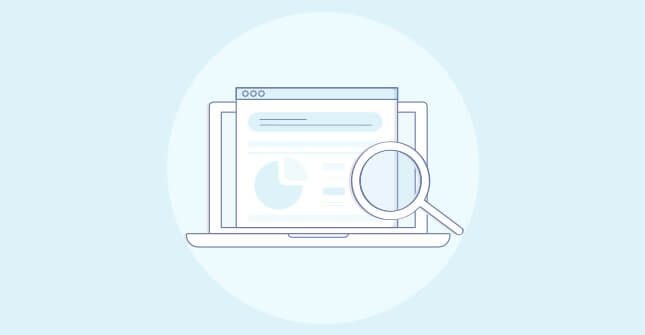