Why Negative Feedback is the Holy Grail of NPS

Net Promoter Score (NPS) is an incredibly versatile customer success metric. People are always finding new ways to get more mileage out of it. But we have to disagree with this author’s advice to never survey customers who might be unhappy. He thinks it reinforces their negative opinions and compels them to follow through on them by canceling.

But here’s the thing. You won’t hang onto an unhappy customer by ignoring the problem. If they’re not getting what they need out of your product, they’ll eventually churn no matter what. Soliciting an unhappy customer’s feedback and acting on it is actually your only chance of keeping them.

Every time a customer complains is a chance to wow them and increase their loyalty by solving their issue. In the big picture—beyond just retaining individual customers—negative feedback gives you invaluable insight on how to improve your product and keeps your team hungry for improvement.

Here are the top three reasons that negative feedback is the holy grail of your NPS survey. 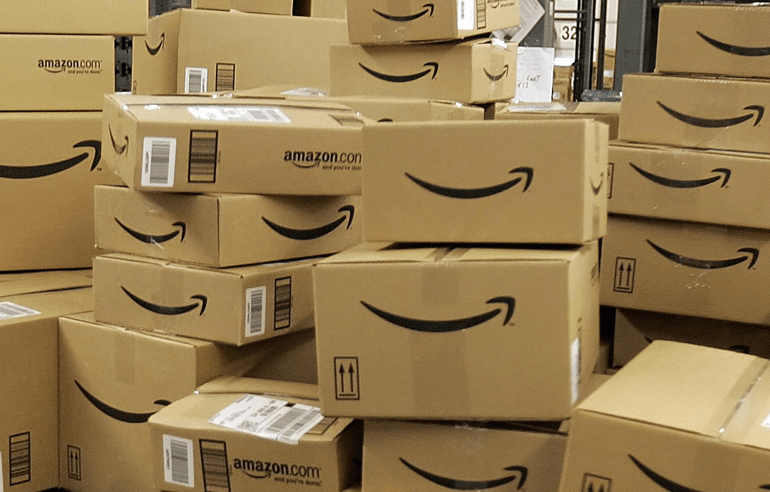 This New York Times columnist was facing a nightmare scenario one Christmas: He ordered his son’s new PlayStation off of Amazon, but someone stole the package after it was delivered to his home. But when he explained the situation to a customer service rep, Amazon shipped him a new PlayStation free of charge, no questions asked.

Would his experience have been better if the package had arrived without a hitch? Sure. But it wouldn’t have been nearly as memorable.

When you ask customers about the best interactions they’ve had with their favorite companies, they almost never tell you about the times everything went smoothly. The moments that stick out are the ones where everything went wrong, they complained, and the company actually did something about it. Businesses have known for years that solving a customer’s issue quickly and effectively creates more loyalty than if there’d been no issue to begin with.

The same goes for your NPS surveys. Giving you negative feedback doesn’t confirm to customers that your product sucks and that they should work with someone else. You only confirm that by not addressing their feedback. Going above and beyond to solve their issues flips the script and shows them that you are capable and truly care about their experience.

How to Close the Loop

Closing the loop is a tried-and-true customer success method that ensures customers get the solution they want when to their issues. It’s pretty straightforward:

Rather than wanting to leave, the customer will remember how responsive you were and feel good about their decision to work with you. And it all starts with their negative feedback.

2. Negative Feedback is the Key to Improvement

Domino’s is one of the most popular pizza chains in the country. But just a few years ago, customers were saying its pizza was terrible. So Domino’s embraced the criticism, revamped its menu, and built an entire marketing campaign around its “pizza turnaround.” Since then, sales have surged, prompting a huge climb in Domino’s stock prices. 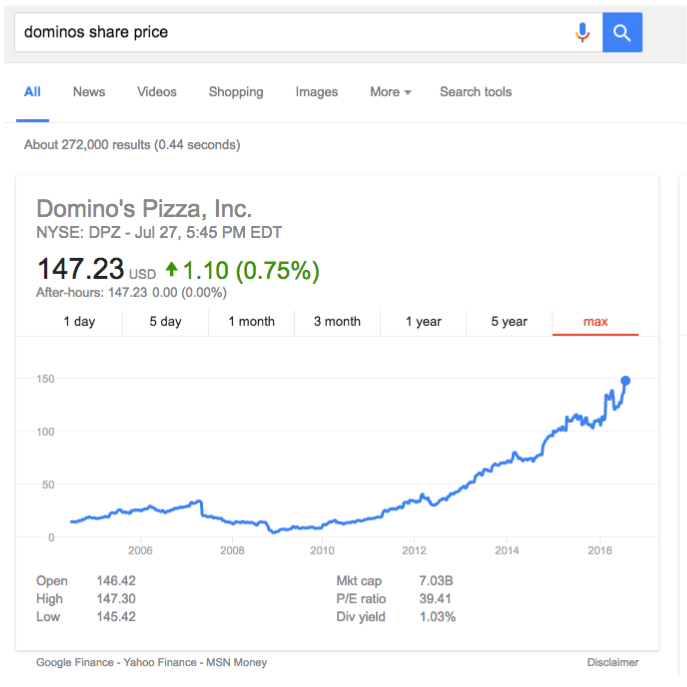 Domino’s could have shied away from that feedback and stuck with what it was already doing well—delivering pizza quickly. But with so many people loudly complaining about the taste of the pizza, the chain knew that solving that problem would have a huge impact.

When you analyze NPS results, focusing on the negative feedback leads you to a better product. Positive feedback feels great and tells you what parts of your product to retain as you iterate on it. But if that’s all you have to go on, you’ll never know how to take your product to the next level. Negative feedback shows you where your customer experience falls short, which is the first step to fixing it.

How to Prioritize NPS Responses

This isn’t just true for pizza. When Atlassian PMs sift through NPS responses to look for ways to improve products, the first thing they do is get rid of any positive comments. They then use a simple framework to analyze the remaining comments and identify the most important issues to focus on. Here’s how to do it.

Start by tagging negative comments by what aspect of the product the customer said was lacking. Notice how you wouldn’t tag the first comment for “functionality” because the customer said it was a strength. In that case, you only tag for the categories the customer rated as weaknesses: “usability” and “formatting.”

After tagging each comment, the team creates a table showing each area customers cited as a weakness, the total number of customers who complained about it, and the average NPS score of the customers who referenced that area:

Then, you need to prioritize the categories that attract complaints not only from the highest number of customers, but also from the most unhappy customers based on NPS score.

In this case, that would be “Tables.” 60 customers said the tables were crappy, and those customers’ NPS was a paltry -30. That shows that the tables are really making customers unhappy. Improving them would have the biggest overall impact on their experience. 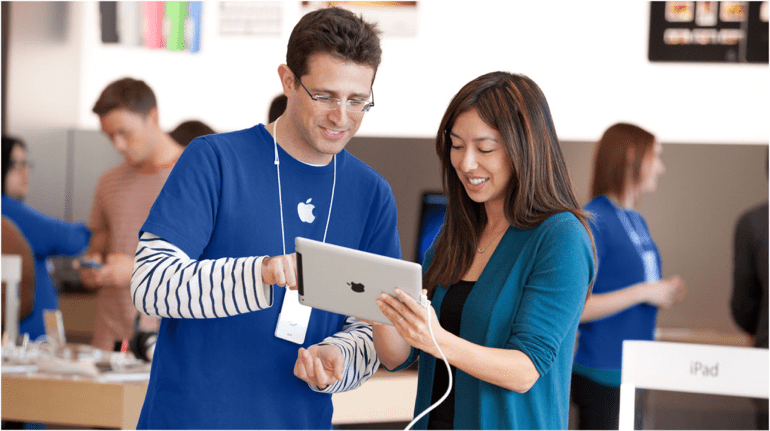 Apple’s retail employees are known as some of the best customer service folks in the game. One of the ways they stay sharp is by starting each day with NPS feedback from the previous day.

The store manager reads two comments to the team. The first is a glowing endorsement from a promoter, which the manager credits to the team member involved in the transaction. The second is a negative comment from a detractor. That’s where the motivation really kicks in. The manager never names the specific employee involved, leaving the mistake as a failure the entire team needs to come together and prevent in the future.

Apple store employees are used to hearing how great they are. But while it’s good to be confident, your team becomes complacent if you only ever celebrate success. Building a reverence for negative customer feedback into your culture prevents success from blinding your team and keeps them focused on constantly improving.

How to Motivate with Negative Customer Feedback

You can also use your NPS responses to motivate your team. Look for ways to highlight negative comments from customers, such as:

These techniques are especially valuable if your company is starting to get traction and grow. That’s when you and your team are most at risk of drinking your own Kool-Aid and feeling you can do no wrong. Highlighting negative feedback keeps the team grounded and focused on getting better.

Which of these customers sounds better? The guy who makes constant support requests, complains about your product’s limitations, and asks for new features? Or the guy who just keeps paying you every month without saying a word?

The first customer is actually more valuable even though he’s more demanding. His complaints show that he’s engaged with your product. It’s become an important part of his day-to-day, so it’s in his best interests to help you get better.

That’s why negative feedback is actually something you need to embrace—not fear. It’s the key to becoming a stronger, more customer-centric company.

Get a DemoView Plans
Prev post
When is the Best Time & Day to Send a Survey Next post
Kangaroos Loose in Barcelona: Mircoconf Europe 2016
Want insights that improve experience & conversions?

Get a Demo View Plans

12 Best Formstack Alternatives in 2022 (Affordable + Easier to Use)

Want to try Formstack alternatives? Finding the right tool has never been easier. These 12 best Formstack competitors offer everything your business needs.

So, you’ve created a fantastic marketing campaign with a compelling copy, an excellent headline, and an enticing value proposition. Now ask yourself the question: who are the best people to send this proposal to?

Customer Stickiness: How to Measure & Improve It

The Net Promoter Score (NPS) has historically been the single key indicator of success for customer service teams across most industries.

Have a deep look into what gap analysis is & why you need to conduct it to improve your business. Discover how to identify improvement areas & boost productivity.

What is Customer Effort Score (CES) and How to Measure It

Get a Demo View Plans