Home  ›   Blog   ›  What Chipotle’s PR Nightmare Can Teach Your Startup

What Chipotle’s PR Nightmare Can Teach Your Startup 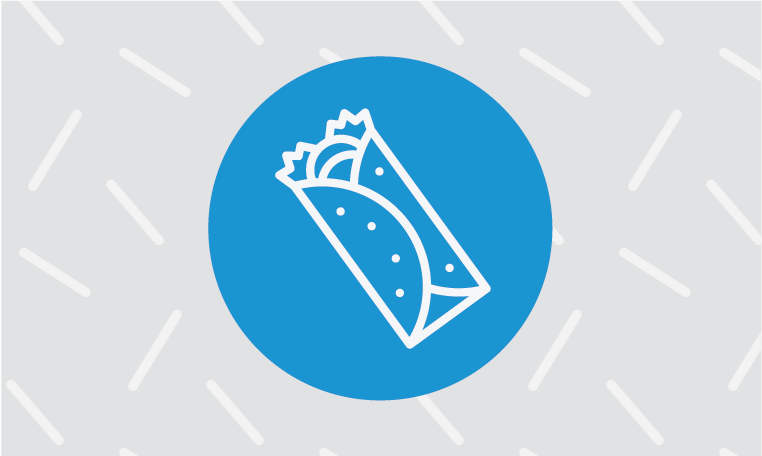 The build-your-own burrito brand Chipotle is synonymous with mixed reviews. On the one hand, it has famous brand evangelists, like this guy who ate a burrito while skydiving. 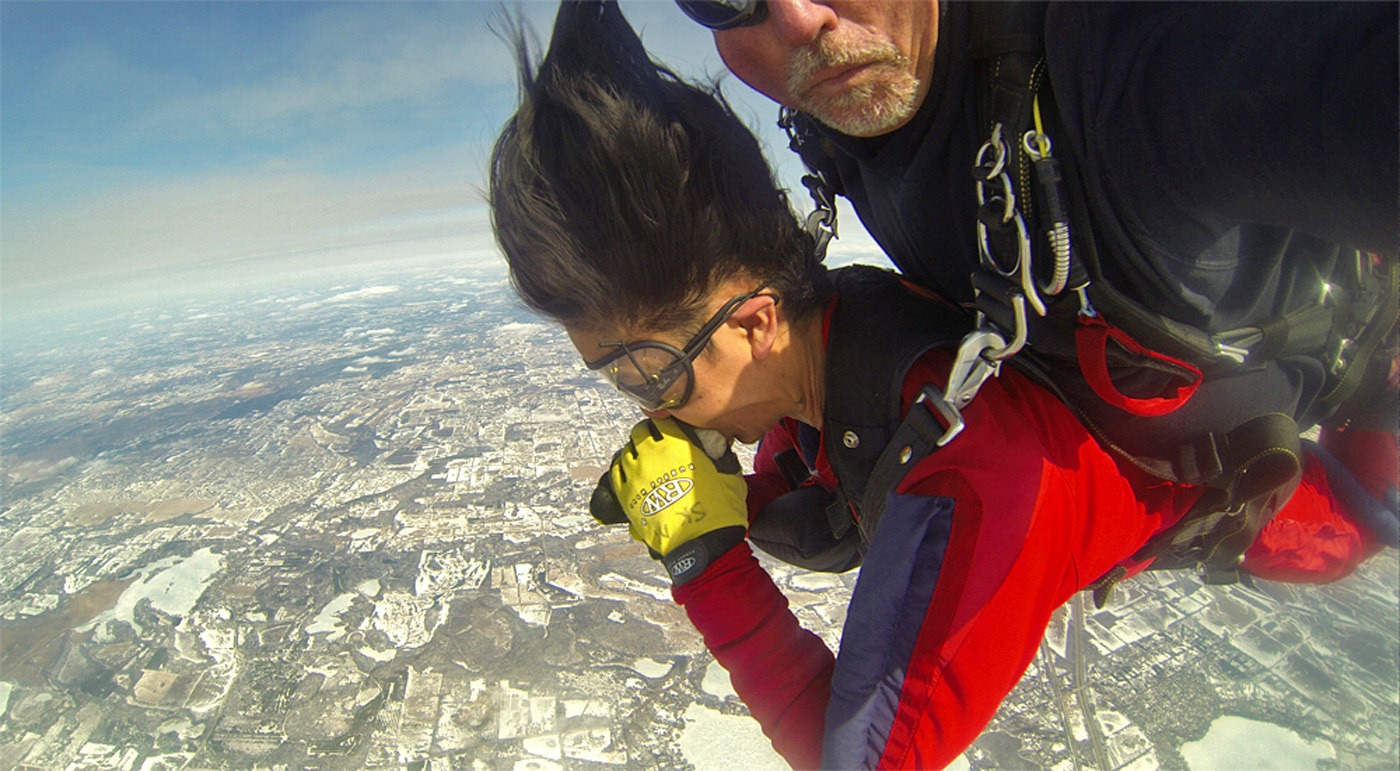 But on the other, after the way the chain handled outbreaks of e. coli, norovirus, and salmonella, even Chipotle admits that 5-10% of their customers probably vowed never to eat there again.

It wasn’t just the outbreaks themselves that caused this fall from grace—it was the way Chipotle handled it. The chain took almost an entire year before publicly implementing new food safety measures. They threw free burritos at the problem instead of taking care of the root issue.

We documented Chipotle’s two fundamental problems post-outbreak, and what you can take from their experience and apply to your own company. While you might not have over 200 customers falling sick from your product, your potential and future customers will always want to see improvements, and you can’t throw discounts at your problem to make it go away.

You need to tackle your problems head-on by actually listening to your customers, both before issues occur and after. Here’s how.

The Before: Identify What Matters to Your Customers

Chipotle’s first fundamental problem was that they didn’t understand the reason behind their success.

Chipotle was a pioneer in the trend shift from fast food to fast casual food. Fast casual—think Panera and Sweetgreen—is marketed as higher quality and better for you than a McDonald’s Big Mac. Fast casual was Chipotle’s niche. Their slogan was “Food With Integrity,” but then when illness struck, they had none. It shook the foundation of their brand, which is why stocks are 285 points lower now than when they were at peak in 2015.

Paul Graham explains what happens when you don’t understand what your customers want in his Startup Curve as the “Trough of Sorrow.” If founders can’t identify the reasons behind their initial success, like Chipotle, they won’t be able to climb out of the Trough and prevail when success isn’t coming naturally. 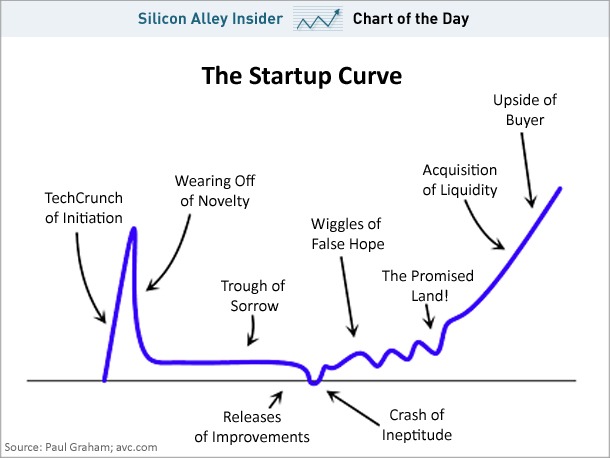 Because they hadn’t identified what customers cared about, they tried to brush off and push past the one thing that mattered most: reliable food quality.

Solution: Identify the reasons behind your success before trouble occurs

Your startup might not send your customers to the hospital, but chances are you’ll hit some bumps in the road. When you do, to keep growing you’ll need to know exactly why your customers need your product.

Then, every decision you make will be in service of providing that to them. You’ll get them the thing they need right away. Identifying the reasons behind your success is like giving yourself a ladder out of the Trough of Sorrow. It doesn’t mean you won’t fall in occasionally, but you’ll know how to get out when you do.

One of our favorite survey questions to identify the reasons behind your success is: “Please choose the top three things that persuaded you to use us rather than a competitor.”

You can provide multiple choice answers (and let your customers choose multiple options), but always provide an “Other” space in case they have an unexpected insight. That way, you’ll be sure what differentiates your brand from the rest. 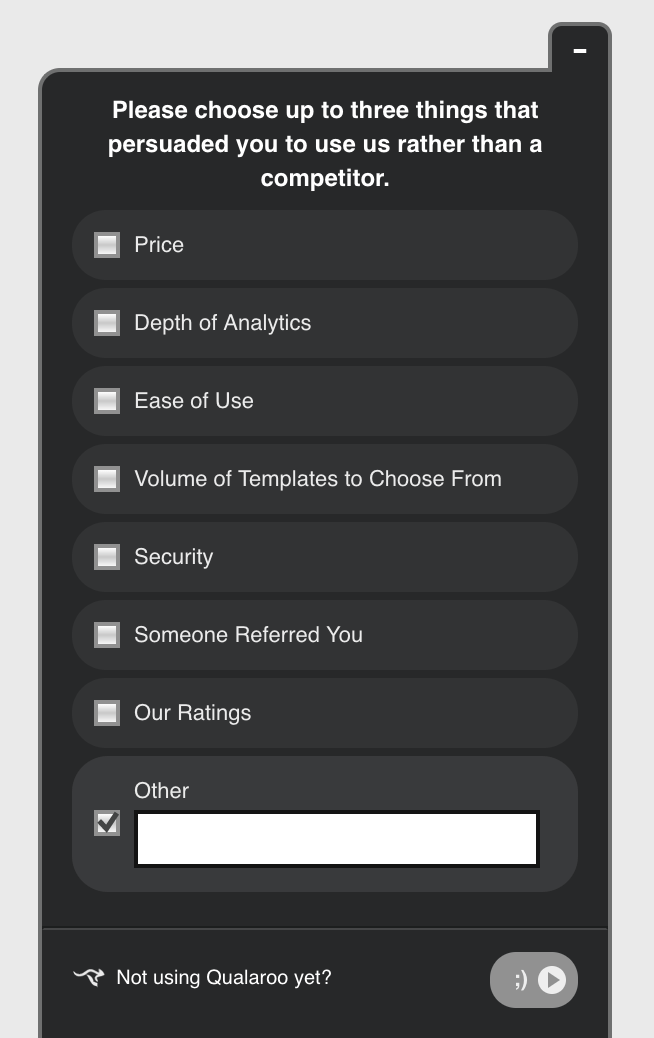 The Aftermath: Don’t Try to Guess What Customers Need

Chipotle’s second fundamental problem was that they guessed what their customers wanted instead of listening after the outbreak.

They used free burritos to lure customers back into the restaurant, but it was only a bandaid on a larger problem. While the free burrito promotion made sales spike temporarily, they dropped again as soon as it was over. Customers wanted to take advantage of the deal and then get out—they weren’t brand loyalists anymore.

Asking customers what they actually wanted could have helped them re-acquire regulars more quickly. An article in USA Today (among a few others) titled, “The only way I’ll ever trust Chipotle again is if they start giving me free guacamole,” posits that instead of temporarily offering free burritos, Chipotle should have changed their policy to offer free guacamole.

There’s no question that Chipotle’s customers love guacamole. If they had started offering guac for free, it could’ve created enough buzz to drive customers back inside and make them keep coming back for more.

While there’s still no free guacamole, the chain has finally put its finger on the pulse of what their customers need. They made a page dedicated to food safety and a promotional video showcasing their new food safety practices, and after that, they immediately started growing again.

It’s the first time stocks have steadily risen since the e. coli outbreak in 2015—but listening to their customers could have resurrected them sooner.

You might not have a reputation for serving burritos with food-borne pathogens, but in the SaaS space, you’ll always have some customers that churn. That won’t make or break your business—but what you learn from them will.

You can’t just guess why they’re leaving, and throw your version of “free burritos” at the problem. You have to ask them; otherwise, you’ll lose money trying to fix the wrong problem.

The question, “What ‘s your reason for canceling?” lets you know why your customers are leaving. Leaving an open-ended answer field gives them the room to include answers you might not have expected. From there, you’ll know what to do next. 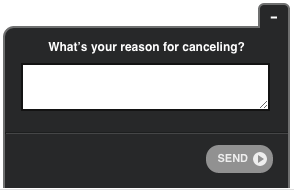 Listen to Your Customers Early and Often

Surveys aren’t just a one-time NPS check or good for a tweak to your landing page. Using them constantly keeps you in tune with your customers, which sets your business up for success.

Chipotle should have listened to their customers’ needs before disaster struck, and then again after. It doesn’t matter how well your brand is doing, having a clear finger on the pulse of what your customers need equips you to solve any problem—present or future.

Now go forth and find your guac. 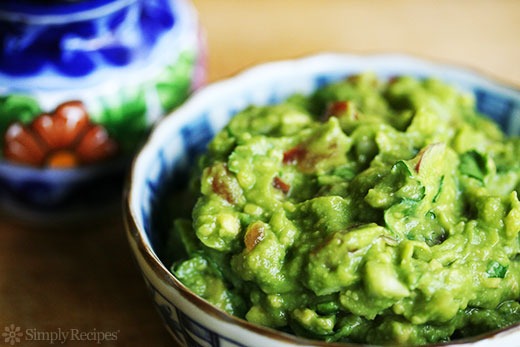 Request a DemoView Plans
Previous Which email software is best for following up on your leads?
Next RingCaptcha: How 6 Weeks of Customer Feedback Shapes Product Strategy 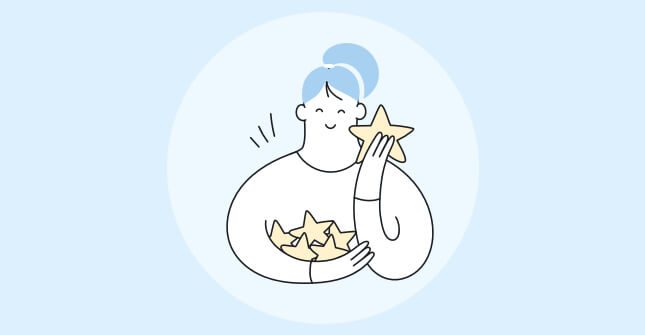 What is Customer Experience Management? 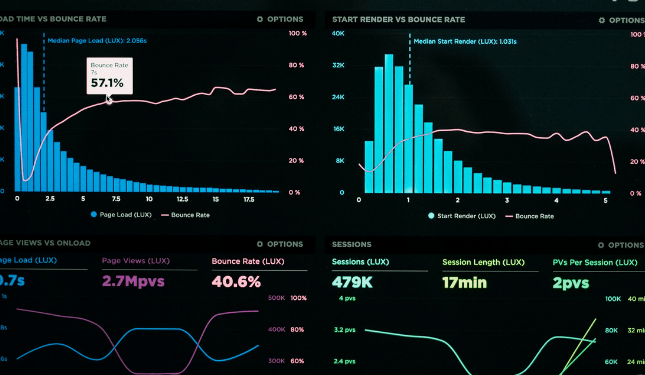 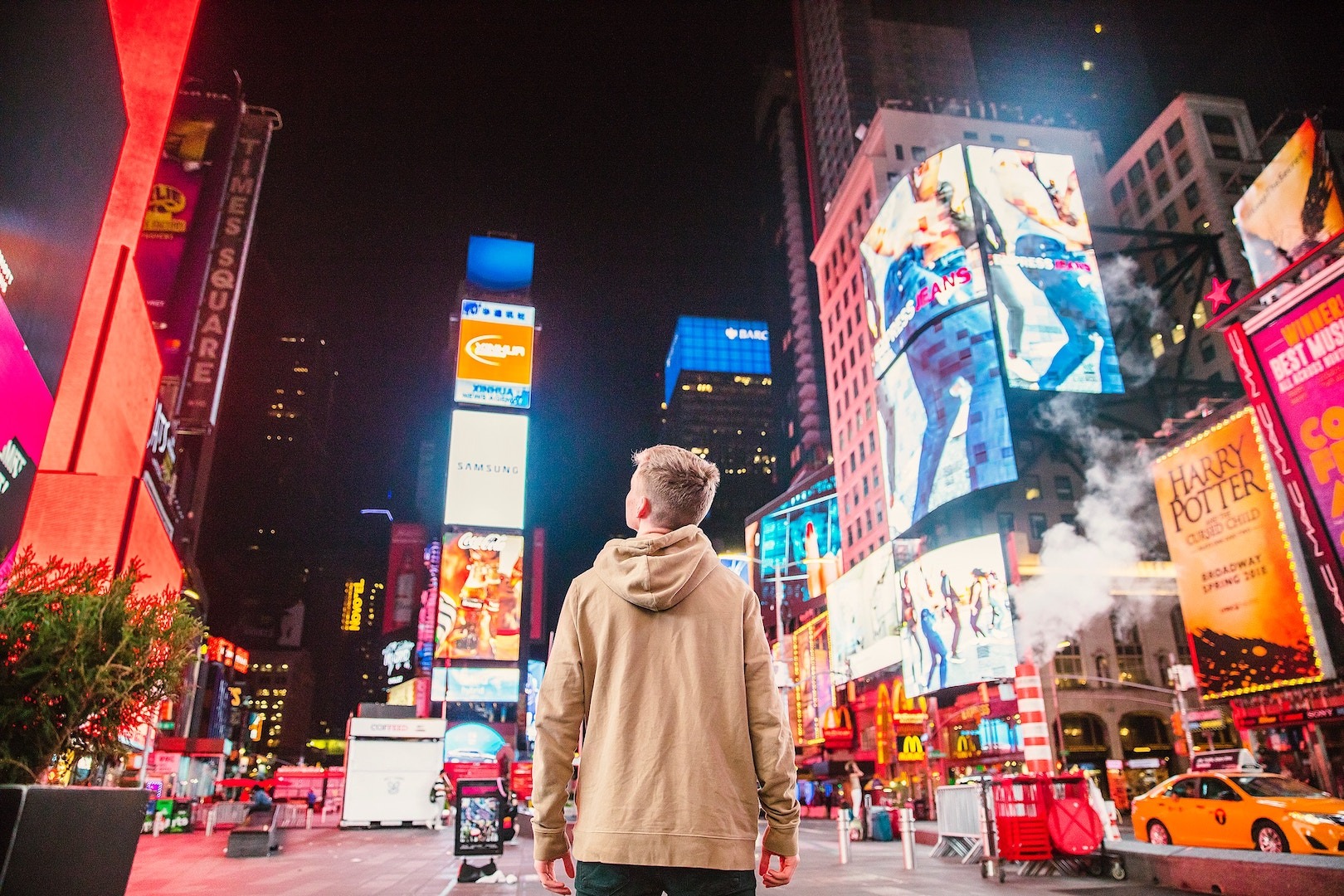 3 Simple Ways You Can Track ROI On Offline Marketing Efforts